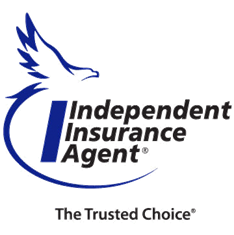 This course is designed to satisfy the mandate for Ethics Continuing Education. What does it mean to act ethically? What are the different levels of ethical behavior (legal, personal, professional)?  This course will include a review of the basic elements of ethical behavior, codes of ethics for insurance professionals as well as our ethical duties to our companies vs. our customers. We will also examine real-life situations that agents can find themselves in and explore the various options that we can take in those situations.

Stuart has been personally involved in the insurance business for over 40 years. He joined the staff of IIANC as Director of Education in 1995.  In 2004, Stuart became Vice President of Insurance Operations and Technical Affairs for IIANC.  In 2014, he served briefly as Interim CEO of the Independent Insurance Agents of North Carolina, Inc., IIANC Member Services, Inc., and the North Carolina Association of Insurance Agents,

Inc.  As VP of Insurance Operations, he managed the designated insurance agency for the State of North Carolina placing all coverages which the State does not self-insure, was the administrator of the IIANC Errors and Omissions Insurance program of agents and managed the insurance benefits operations for members of the Association.  Stuart continues to teach, write, is a frequent speaker on insurance matters and is a technical resource for 700+ agencies and 7,000+ agents that are members of IIANC. In 2016, Powell retired from IIANC and became an Executive in Residence in the Walker College of Business at Appalachian State University where he taught courses to Risk Management and Insurance majors for a year. In 2017, Powell semi-retired and is doing independent insurance and risk management consulting and serving as an expert witness on matters of insurance coverages and insurance agents standards of care.

Stuart began his insurance career working in The Powell Agency, Inc. of Reidsville, NC, a family agency whose roots can be traced back to the 1890’s.  He has been a frequent instructor of insurance courses.  Stuart is on the National Faculty for the Society of Certified Insurance Counselors (CIC).  He has taught in various CIC Institutes and Graduate Seminars.  He is the author of numerous articles on insurance and related matters.  He is also a past president of the Piedmont North Carolina Chapter and a past board member of the Eastern North Carolina Chapter of the Society of CPCU.  Stuart served on the National Producer Advisory Council for Commercial Union Insurance Company from 1979-1981.  In 1991, he received the IIANC Ernest F. Young Education

Award.   In 2014, IIANC endowed a scholarship in Insurance and Risk Management at East Carolina University in Stuart’s name.  Stuart was a member of the Brantley Center for Risk and Insurance Advisory Board at Appalachian State University.  He also serves on the Chairman’s Advisory Committee for the North Carolina Industrial Commission and is a member of the Board of Directors for the North Carolina Community College Foundation, Inc. In 2016, Stuart was awarded the Order of the Long Leaf Pine by Governor Pat McCrory.

Stuart graduated from Catawba College in Salisbury, NC with a Bachelor of Arts in

Religion and Philosophy. He received a Master of Arts degree from Wake Forest University in Winston-Salem, NC where he was the recipient of a Graduate Scholarship and Fellowship.  Stuart is married with two children and four grandchildren.  His current hobbies include sailing, fly fishing, and studying classical languages.